​A New York Times Bestselling Author of over a dozen books, including

THE LOW DESERT and GANGSTERLAND (a finalist for the Hammett Prize).

SIGNED COPIES OF HIS BOOK  available for purchase at www.mysteryink.com

Saturday, November 19, 1:00 p.m. – Natalie Rodriguez – Talk & Signing
THE EXTRAORDINARY ORDINARY
Natalie is a filmmaker and author in Los Angeles. Her new book is based on her feature film.

Carlene O'Connor - CHRISTMAS SCARF MURDER - Debuting this week – When a thief steals a hideous shamrock scarf, it is found wrapped around a very dead body and Siobhan must dash to stop a deadly Secret Santa from gifting another unwanted surprise.
MURDER ON AN IRISH FARM - Siobhán O’Sullivan and Macdaras Flannery, are about to get married at last. But just as the rowdy O’Sullivan brood and all the regulars of the local bistro have gathered at the church, the nuptials come to an abrupt halt when the discovery of an unidentified skeleton puts the wedding on pause.

Carlene O’Connor, USA Today bestselling author, comes from a long line of Irish storytellers. Her great-grandmother emigrated from Ireland to America filled with tales and the stories have been flowing ever since. 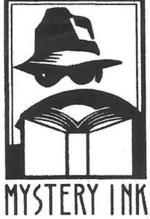 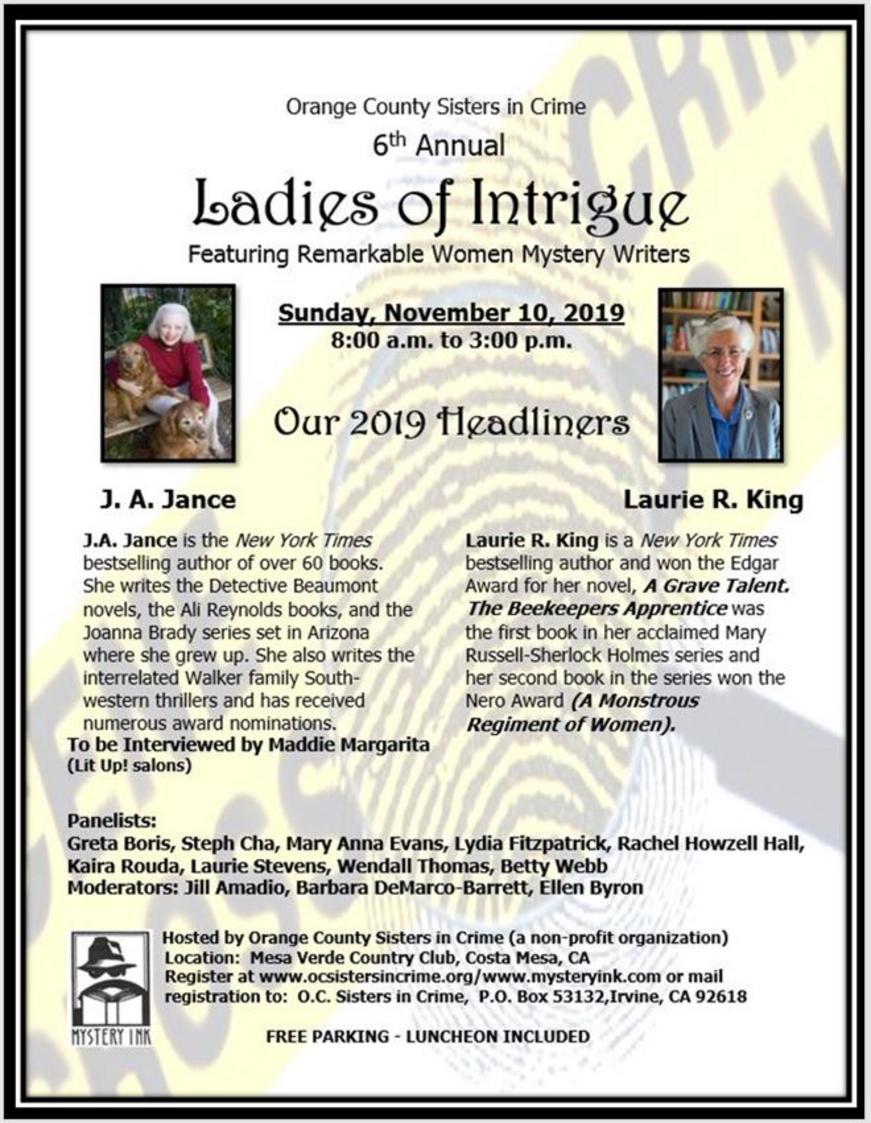 to be picked up at store or purchase through PayPal

​​Saturday, November 12, 1:00 p.m. – Gloria Mattioni & Barbara Pronin
Gloria Mattioni – CALIFORNIA SISTER - Claire Waters, an Italian mystery writer living in Los Angeles rushes to Italy after her older sister's devastating brain-hemorrhage, determined to restore her health—or help her die with dignity.  Gloria is the author of several books and a long-time magazine contributor. Raised in Milan, Italy, she moved to Los Angeles in 1992. She shares her home with her husband and a rescue dog.

Barbara Pronin – THE MINER’S CANARY - A young widow inherits her aunt's estate in the brooding Black Hills of South Dakota. When she questions the circumstances of her aunt's death, someone seriously wants her gone. But who? A former journalist, Barbara was born in Brooklyn, N.Y. and earned degrees in communications and drama from California State College, Los Angeles.

Night of the Mannequins by Stephen Graham Jones (NEW)

The Only Good Indians by Stephen Graham Jones

My Heart is a Chainsaw by Stephen Graham Jones

please use this link:  https://bookshop.org/shop/mysteryink​​​ 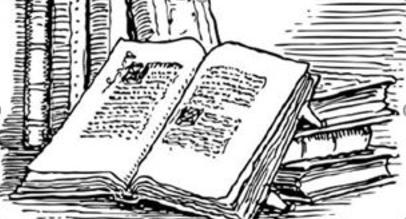 LANDSLIDE: VOLUME 1 - U.S. Marine veteran Mason Hackett moved to London to start his life over, and he’s done his best to convince himself that what happened fifteen years ago doesn’t matter—the people he killed, the men he lost, the lives he ruined. But when Mason sees the face of a dead friend flash on a television screen and then receives a mysterious email referencing a CIA operation gone bad, he can no longer ignore his inner demons.

Adam Sikes was previously in the Marines, dabbled as a consultant for a time, and eventually landed at CIA as a paramilitary officer. He currently lives on the West Coast with his wife.

D.P. Lyle - SIGNED COPIES of his new thriller - THE OC

Check out our Gift Items!​

Dorothy Howell - SEAMS LIKE MURDER - 1st in a new series - Abbey Chandler needs a fresh start and an escape from her big-city job, so quiet Hideaway Grove, where she spent her childhood summers, seems like the perfect choice. However, she is stunned when the spinster librarian is murdered and she is a suspect!  Her car is seized so she sets up a sewing studio to occupy her time in the back of her aunt's bakery as she attempts to clear her name.

Thanks to all who attended our 2019 LADIES OF INTRIGUE

SHEILA LOWE - Signed copies of DEAD LETTERS –A heart-pounding hunt begins when Claudia’s young niece goes missing with an archaeologist whose shady past spills into the present. The frantic search takes

A THOUSAND STEPS is a beguiling thriller, an incisive coming-of-age story and a vivid portrait of a turbulent time and place.  Call Debbie at 714 743-6127 to order your copy.​

Julie Clark - "THE LIES I TELL"